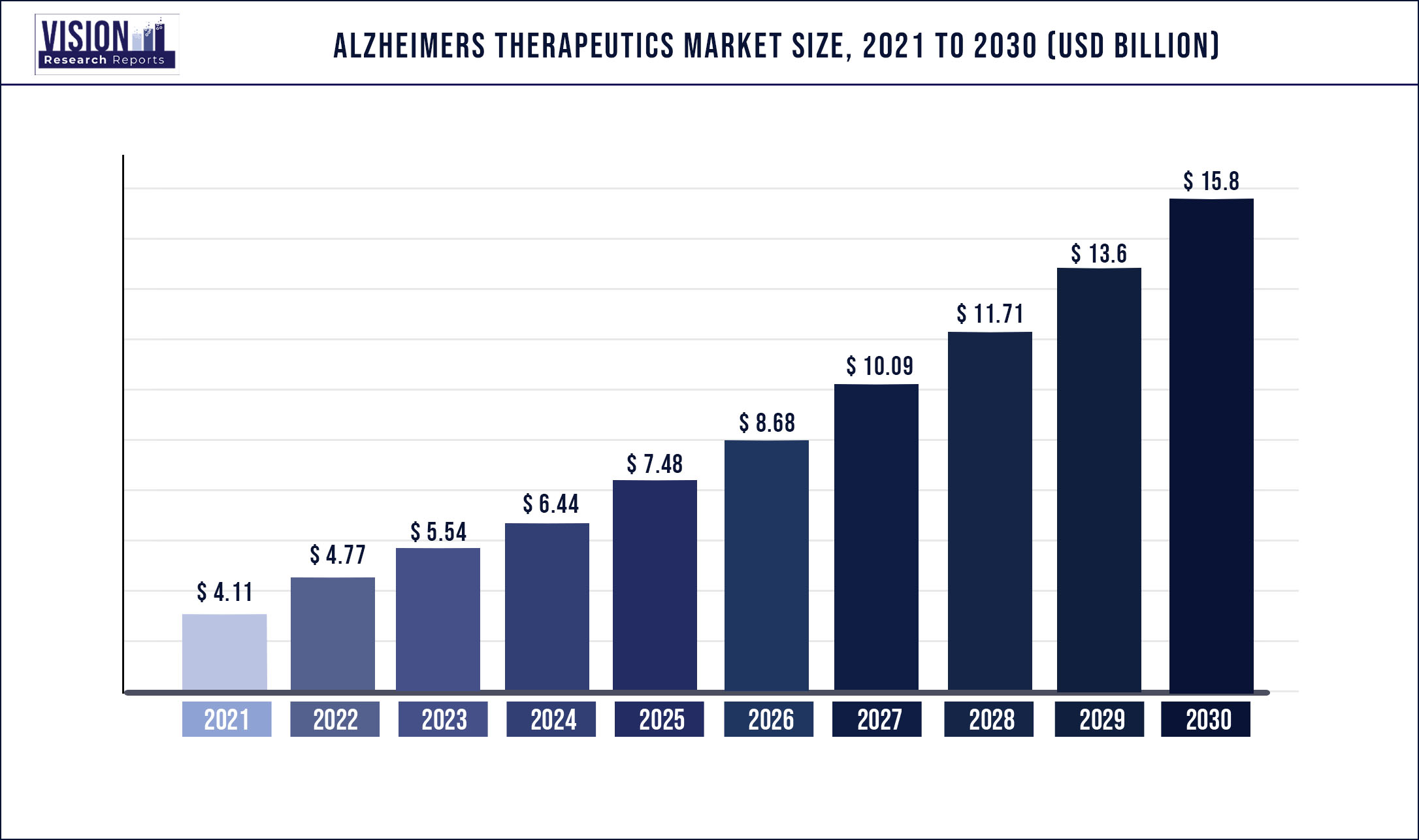 Government organizations are engaged in providing funds for Alzheimer's support, care, and research activities, which is projected to fuel the market growth. For instance, in March 2022, the Alzheimer's Society announced to spend around USD 3.5 billion in the coming years on dementia research to improve the care of patients.

Furthermore, an increase in the incidence and cost burden of dementia associated with AD is expected to boost the market growth. According to the Alzheimer's Society, around 900,000 people are living with dementia in the United Kingdom, and it is projected to rise to 1.6 million by 2040 and the incidence of dementia will be 209,600 in the same year.

The current standard of care is limited to symptom-relieving drugs. Therefore, the approval of disease-modifying anti-amyloid therapeutics is expected to change the treatment landscape. For instance, in June 2021, the U.S. FDA granted accelerated approval to Aduhelm (aducanumab) for the treatment of patients with Alzheimer’s disease. It is a monoclonal antibody that targets cluster forms of amyloid beta present in the brains of patients and stops its formation. Other key anti-amyloid monoclonal antibodies in late-stage clinical trials include Gantenerumab (F. Hoffmann-La Roche Ltd.), Solanezumab (Eli Lilly and Company), and Lecanemab (Eisai Inc./Biogen), among others.

The e-commerce segment is expected to expand at a CAGR of 15.33% over the forecast period. An increase in the usage of the internet and smartphone, ease of ordering medications through an e-commerce platform, and increasing e-commerce services globally are expected to fuel the segment growth in the coming years.

North America dominated the market with a share of over 40.23% in 2021 and is anticipated to grow at a significant rate over the forecast period. The growing research for the treatment of Alzheimer’s is propelling the market growth. In June 2021, Eisai Co., Ltd. and Biogen's product lecanemab (BAN2401), an anti-amyloid beta protofibril antibody for treating Alzheimer's disease, was granted the Breakthrough Therapy designation by the U.S. FDA. Moreover, the increasing government initiatives and funding are expected to boost the growth of the market.

The Asia Pacific region is expected to emerge as the fastest-growing region over the forecast period owing to increasing awareness among people and the increasing research activities to develop novel drugs to treat AD. In 2022, there are around 487,500 Australians living with dementia and this number is expected to increase to 1.1 million by 2058. Dementia is the second leading cause of death in Australia.