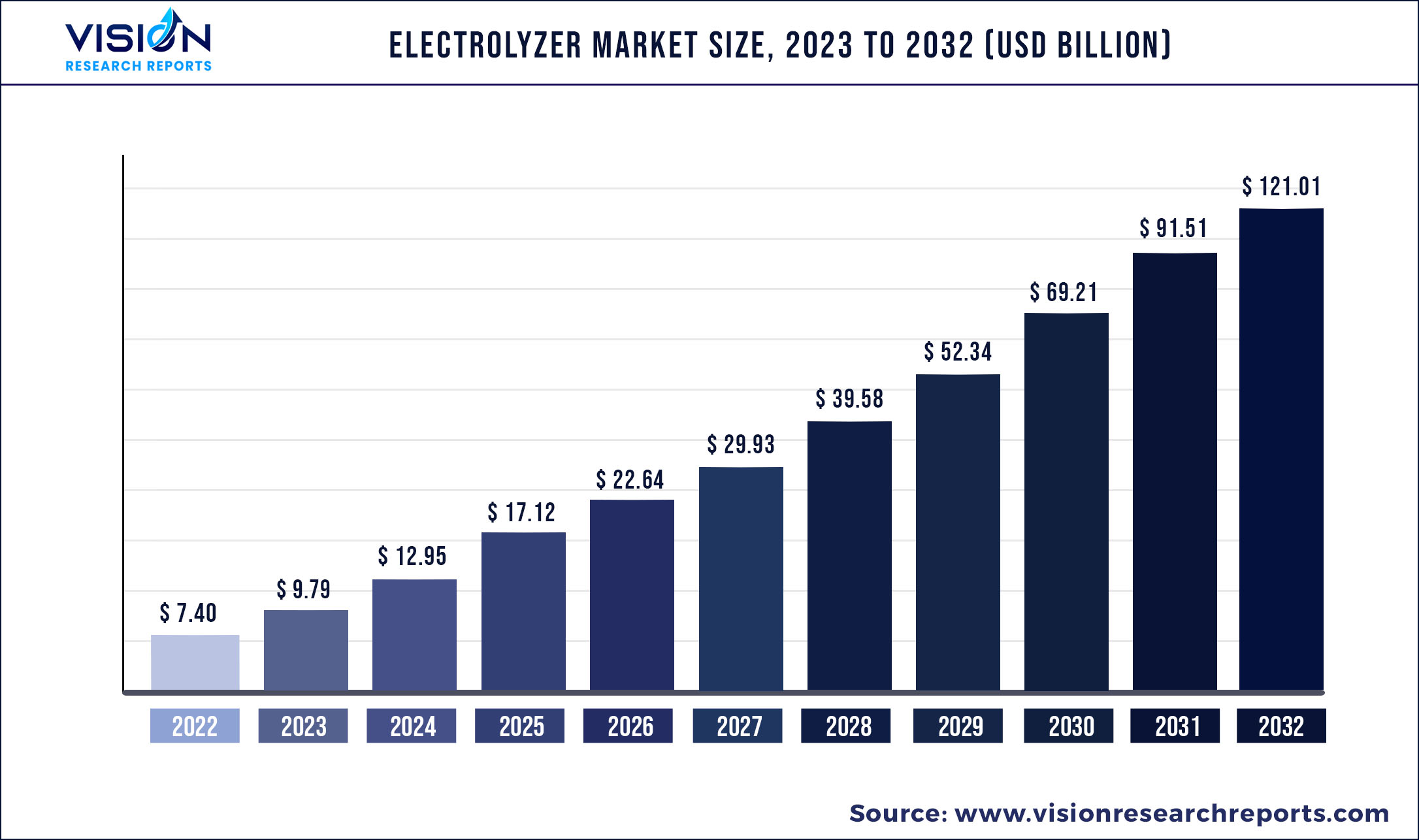 Due to the growing use of these tools in end-use industries such power plants, chemical, and petrochemical production, the market for hydrogen electrolyzers is anticipated to grow during the forecast period of 2023–2032. Due to the expansion of the need for green energy and the creation of green hydrogen, the market for hydrogen electrolyzers has simultaneously been presented with a wide range of potential for income generation. The market will grow as a result of continued research into dependable, state-of-the-art power solutions and the rising adoption of clean hydrogen generating technologies. The growing consumer shift toward environmental security and the broad adoption of renewable energy sources will affect the industrial trend.

The challenges of carbon emissions and global warming have come to light. Governments all around the world have implemented numerous laws and regulations requiring a decrease in carbon emissions from diverse sectors. Electrolyzers create hydrogen by using electricity to split water into hydrogen and oxygen. The electricity was generated using either renewable or nonrenewable resources. In addition, hydrogen can be produced using an electrolyzer that uses wind or sun energy. This approach promotes the production of carbon-neutral green hydrogen. In order to reduce their carbon footprint, many companies choose to build on-site electrolyzers with 1 to 5 MW of capacity, which has a significant impact on the expansion of the global electrolyzer sector.

As a result of concerns over climate change, the increase in earth's temperature, and the worrying development in carbon emissions, renewable energy sources have witnessed a spike in popularity. To be more responsible, many businesses have opted to use abundant natural resources like solar, wind, natural gas, and water instead of the traditional technique of producing electricity from fossil fuels. However, there was a high initial expense associated with creating such programmes. On the other hand, a number of helpful government policies have been implemented as a result of technology developments and ardent support for the benefits of renewable energy. With the added benefit of leaving a significantly smaller carbon footprint, the cost of renewable energy has decreased. These declining costs are increasing the demand for electrolyzers.