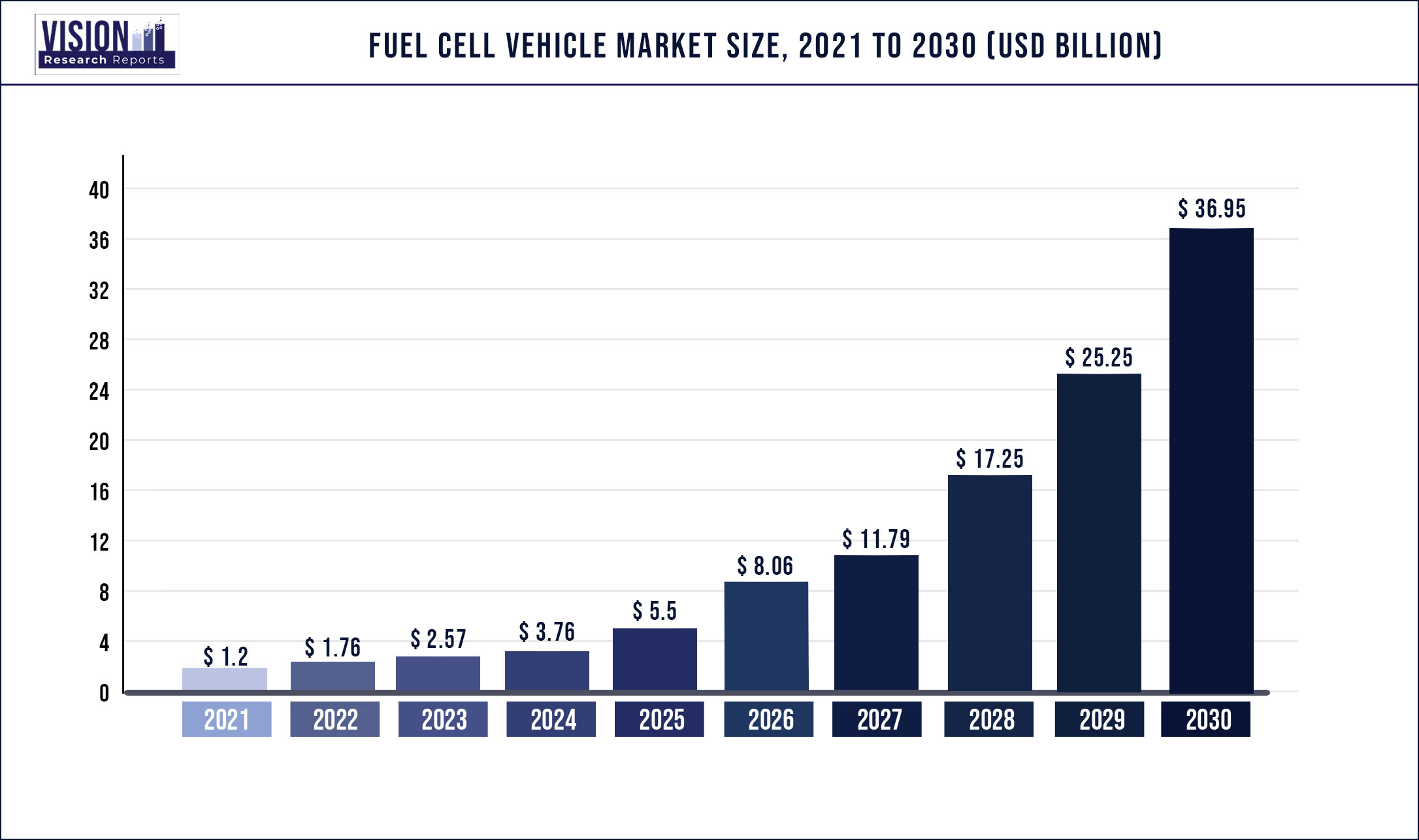 Factors such as strict environmental laws, the availability of incentives and subsidies for clean fuels, and hazardous gas emissions from combustion engine are the key drivers driving the global growth of the fuel cell vehicle market. Vehicle emissions have a negative influence on the environment and human life, and several government agencies have enacted rigorous emission regulations. As long as regulatory rules are met, fuel cell vehicles will be in high demand. The growing awareness among manufacturers of the damage caused by car emissions on the environment and the development of alternative powertrains is fueling the market growth.

The government's major goal in developed countries is to develop and install hydrogen refueling stations. The government's primary goal in developing countries is to design a strategic plan for the commercial roll-out of fuel cell technology. Therefore, the urgent need for infrastructure investment is another aspect driving market growth. To boost the market growth for the fuel cell vehicle market, several countries such as Australia, Canada and South Korea are aiming for a full range of hydrogen filling stations across the world.

Although, fuel cell vehicles are expensive and hydrogen (per kilo) is expensive in some locations, these reasons are impeding the growth of the fuel cell vehicle market. It is a scalable and adaptable electrical source for big transportation applications such as material handling trucks, buses, railroads, defense vehicles, and light commercial vehicles (LCVs). In commercial applications, it is also employed as a stationary fuel source. Furthermore, rising government attempts to promote fuel cells for transportation provide the potential for the fuel cell vehicle market to develop.

The North America and Asia Pacific is expected to witness positive market growth owing to the increased adoption of passenger and commercial electric vehicles. The markets are experiencing strong advocacy to make fuel cell vehicles mainstream due to its positive impact on the environment. The government in the Asia Pacific are also promoting the uptake of fuel cell vehicle by providing subsidies to the buyers. Thus, propelling the market growth.

The vehicle type segment is divided into passenger cars, LCVs, and HCVs. Passenger cars dominate the market accounting for the highest share of 84.3% in of the overall industry in 2021 and registering the highest CAGR of 50.6 % in the forecast period. The surge in the adoption of passenger cars in countries such as Japan and South Korea drives segment growth in the fuel cell vehicle market. Depleting fossil fuel sources are driving the price of the vehicle fuel. This is prompting the government to look for sustainable and low emission sources to power the vehicles.

The LCV segment is expected steady growth in the forecast period. Light commercial vehicles are instrumental transportation vehicles used for supply chain purposes. Using a fuel cell in place of a battery provides electrochemical conversion of energy into torque and high efficiency. Thus, the use of fuel cells in long-distance travel vehicles such as LCVs is an ideal choice from the perspective of cost-saving and efficient travel.

Asia Pacific accounted for a revenue share of more than 65% of the overall market in 2021. The growing sales of cars in countries such as South Korea and Japan are the primary factor for the growth of the passenger cars market in this region. Furthermore, Government initiatives in Japan for the usage of fuel cell vehicles and support the consumer through subsidies for the purchase of the vehicles are driving the growth of the market in this region. Government initiatives for the usage of fuel cell vehicles and providing consumer support in the form of vehicle subsidies in Japan are also propelling the market growth in this region. For instance, in November 2021, China's development and reform commission issued a directive to manufacture 5,000 hydrogen fuel cell automobiles by 2025 for port transportation, buses, and intercity logistics. Thus, such booming development in clean energy within the automotive sector is anticipated to drive the fuel cell vehicle market growth over the forecast period.

Following the Asia Pacific, Europe is expected to exhibit the highest CAGR in the forecast period. Major players in the European regions are continuously pushing to integrate fuel cell systems and fuel cells in commercial and passenger vehicles. For instance, in May 2022, the European Daimler group announced plans to include electric vehicles and hydrogen fuel vehicles in their portfolio by 2030. Furthermore, the massive deployment of commercial vehicles in France for public and government usage is fueling the market growth.