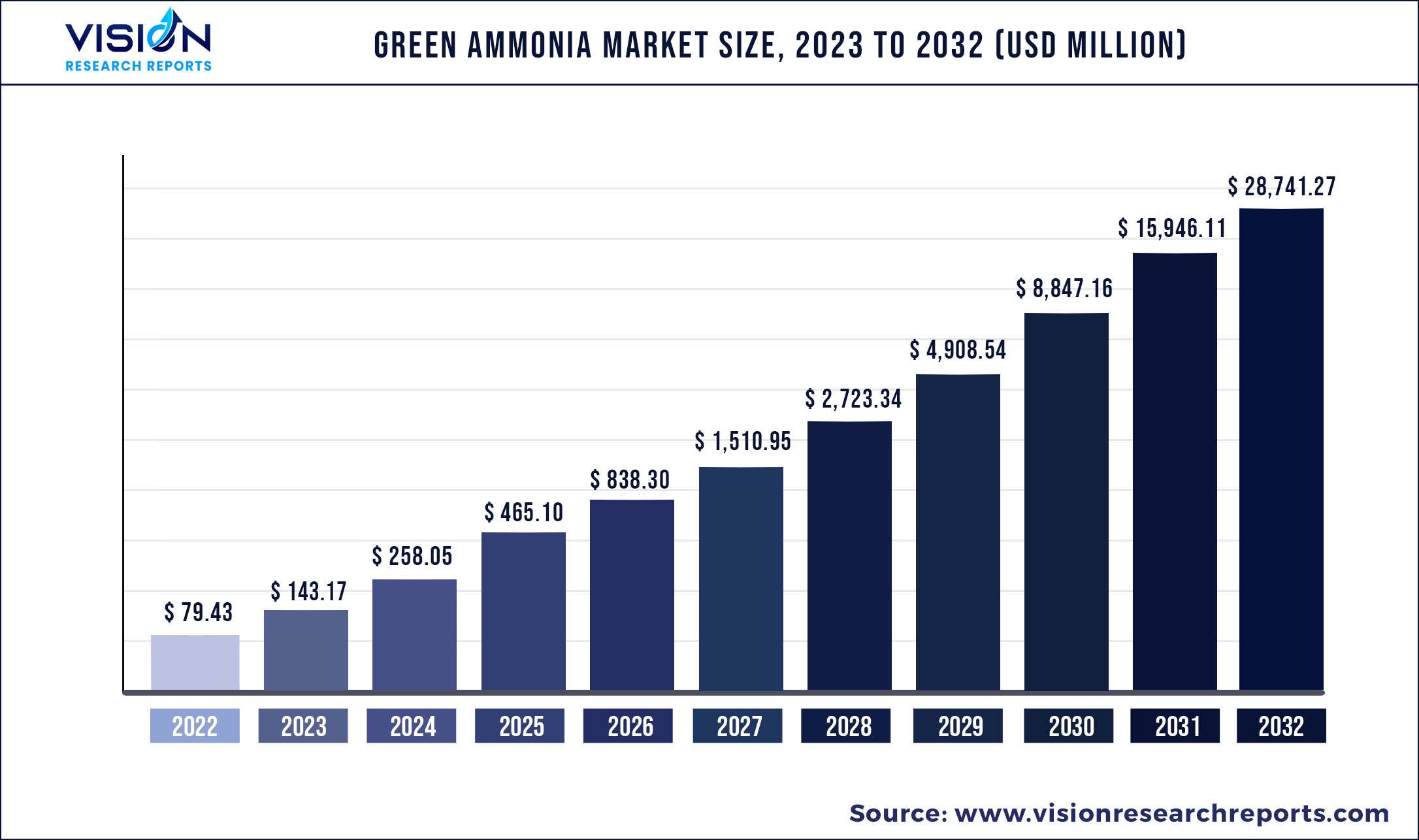 The increasing prevalence of green ammonia due to growing awareness of producing clean energy and reducing carbon footprint is expected to boost demand in the coming years. The increasing popularity of the product as marine fuel and shipping in the transportation industry as it emits zero carbon and leaves no sulfur traces which leads to improved air quality is further anticipated to drive market growth in the near future. Green ammonia is produced by hydrogen that comes from water and nitrogen from the air. It is a resourceful fuel for heat and power, especially for marine transport that can be used in gas turbines, internal combustion engines, generator sets, industrial furnaces, and fuel cells.

Due to pressure on the shipping sector to reduce carbon emissions, green ammonia is the best alternative, as it has less volumetric energy density, which makes storage feasible, as compared to other fuels. Additionally, the favorable rules and regulations related to low-carbon emissions and growing fuel demand from the marine industry are also propelling market growth.

Renewable ammonia is expected to become a commodity chemical by 2040. This is due to increasing initiatives by several governments towards low to zero carbon emissions. In the forecast period, the product is likely to become a prime commodity for transporting renewable energy across the regions. Further, the growing demand for green ammonia in various end-use industries including fertilizer, power generation, refrigeration transportation, and others is expected to propel industry growth. In addition, increasing demand for green ammonia in industrial feedstock products including pharmaceutical products is expected to trigger market growth.

The value chain depicts the vertical integration of key players, whose business operations range from raw material suppliers to the distribution of finished products. BASF SE, Yara International, ThyssenKrupp AG, and ITM Power PLC are the key players integrated across the value chain. Among these, Haldor Topsoe, Green Fuel, Yara International ASA, Statkraft AS, and Aker Clean Hydrogen are the key players undertaking R&D activities for the development of required green ammonia in respective markets.