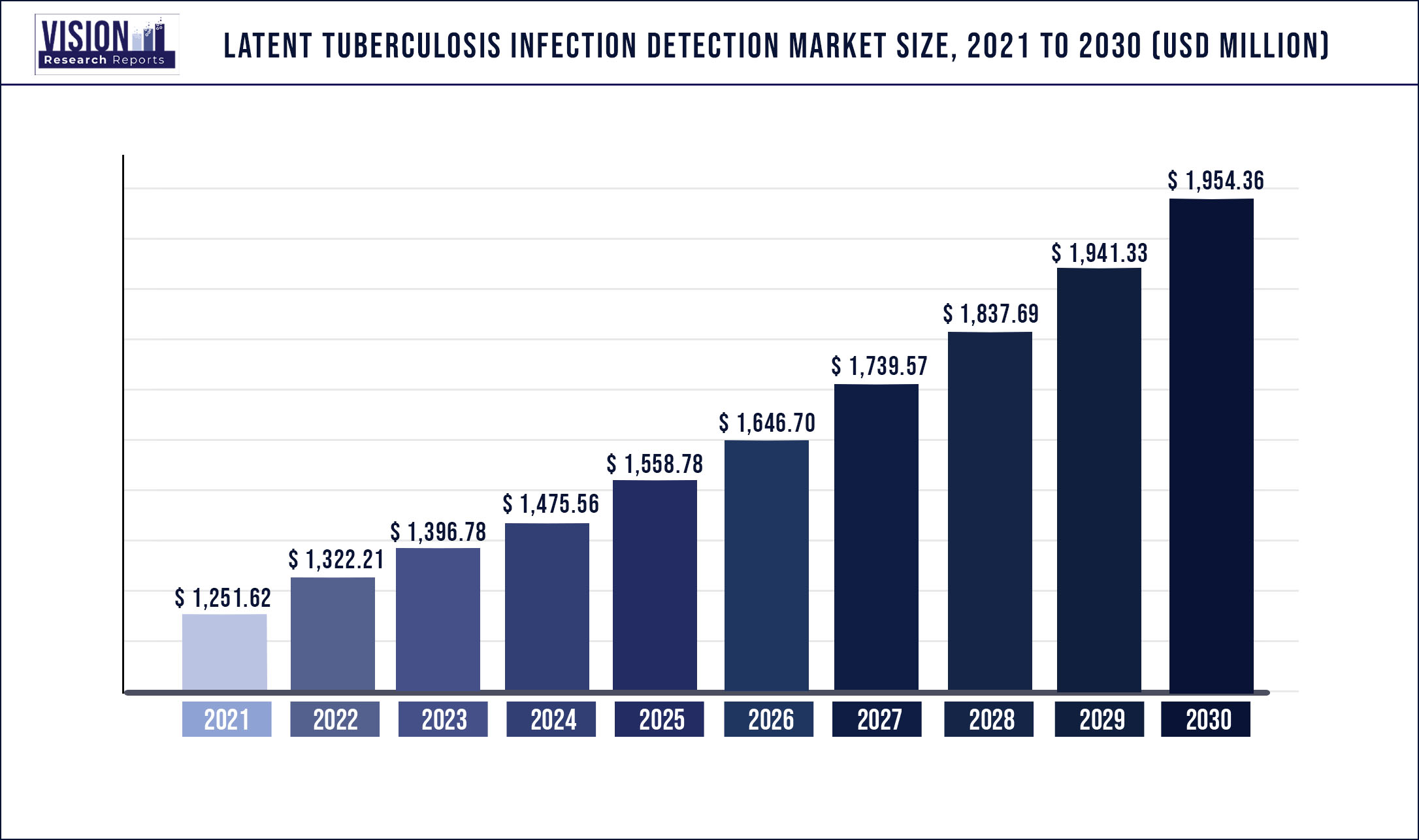 The growth of the latent tuberculosis infection detection market is attributed to the increasing risk of developing active TB from latent tuberculosis infection (LTBI), rise in funding to manage disease treatment, increasing government initiatives, and rise in awareness campaigns conducted by non-government bodies and market players. According to the WHO, around 10 million individuals fell ill with active tuberculosis, worldwide. Moreover, people infected with TB bacteria have a 5-10% lifetime risk of developing the disease. The high risk of progressing TB disease is increasing the adoption of testing for latent TB infections.

Moreover, the Global Plan to End TB estimated that around USD 13 billion was required in 2020 for tuberculosis prevention, diagnosis, and treatment services rising to USD 15.5 billion in 2022 in the LMICs. The Global Fund to Fight AIDS, tuberculosis, and malaria is the main source of funding for the management of tuberculosis disease, with a contribution of 75% of total international funding in 2020. Moreover, government initiatives such as the Sustainable Development Goals (SDGs) aimed to end the TB epidemic by 2030.

The market is segmented based on test type, application, and end user. Among the test type segment, the tuberculin skin test (TST) segment held the largest market share in 2021, owing to the high market penetration rate of this test type, increasing awareness about tuberculosis infection, and the cost-effectiveness of the test. However,gamma interferon released assay (IGRA) segment is expected to grow at a faster rate in the forecast period due to the increasing adoption of the technologically advanced testing method.

North America dominated the global LTBI detection market in 2021 due to high adoption of testing, government favorable initiatives, high funding for tuberculosis management, and rising awareness about early diagnosis of infection. For instance, the U.S. is one of the largest donors to global TB control efforts. In 2021, the U.S. funded around USD 332 million for global tuberculosis efforts. Moreover, since May 2022, the CDC has removed the requirement of annual screening, if certain conditions are met. However, the Asia Pacific is expected to grow at the fastest rate in the forecast period due to the high infection rate in developing countries and the increasing adoption of testing for latent TB infection.