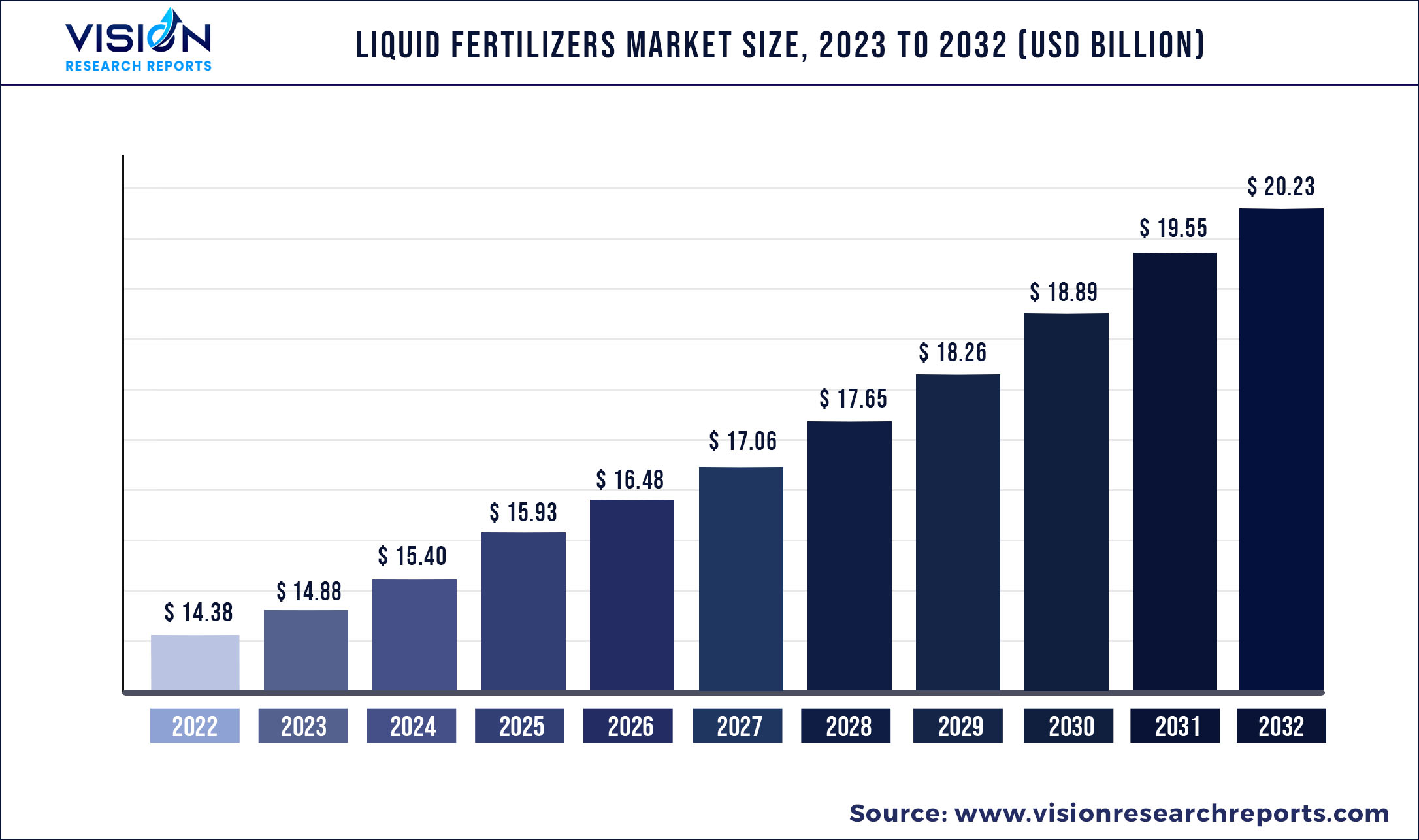 According to the U.S. Census Bureau, the estimated world population in June 2021 was 7.5 billion and it is expected to reach 9.7 billion by 2050. Liquid fertilizers are inorganic or organic substances produced industrially and introduced into the soil in a liquid state. In recent years, the popularity of fluid fertilizers has increased owing to several advantages offered by these products over dry fertilizers.

Some of the key advantages are easy to blend, easy handling application, uniformity of application, blend with crop protection products, and starter & in-season applications, among others. Further developments in new fluid fertilizers will drive the market growth over the study timeframe.

The growing demand for high-value products including fresh fruits, nuts, vegetates, and coffee is rising at a higher pace; however, climate change is largely affecting the growth of these crops. Greenhouses and precious irrigation systems coupled with the use of highly efficient fertilizers enable farmers to enhance crop production and generate higher revenues. Furthermore, rising awareness of food security and the growing population of emerging economies, such as India, Brazil, and Indonesia, among others, are supporting the demand for highly efficient fluid fertilizers over the projected timeframe.

The global shrinkage of arable land and continuous demand for food are increasing the necessity to boost agricultural yield substantially. Ongoing R&D investments and the development of new high-efficient liquid fertilizers are expected to drive market penetration over the forecast timeframe. For instance, in June 2022, scientists from Bihar Agricultural University (BAU), India developed liquid biofertilizers, which enabled farmers to increase their agricultural yields by around 20%. Furthermore, new products are economic and have a shelf life that is two to three times more compared to conventional granular fertilizers

The COVID-19 pandemic is expected to showcase a slightly adverse impact on the liquid fertilizers market. The countrywide lockdown across several economies along with lower product prices in FY2022 has shown a negative impact on the market. Several key industry players, such as Yara International ASA and Nutrien, among others, have reported a lower revenue generation in FY2022 compared to FY2021.

For instance, according to the FY2022 annual report of Yara International ASA, the company’s total revenue generation from finished fertilizers in FY2022 was around USD 21.05 billion and decreased by around 4.6% compared to FY2021. Furthermore, Nutrient reported around 1% decrease in its Aurora Phosphate liquid fertilizer production compared to FY2021.