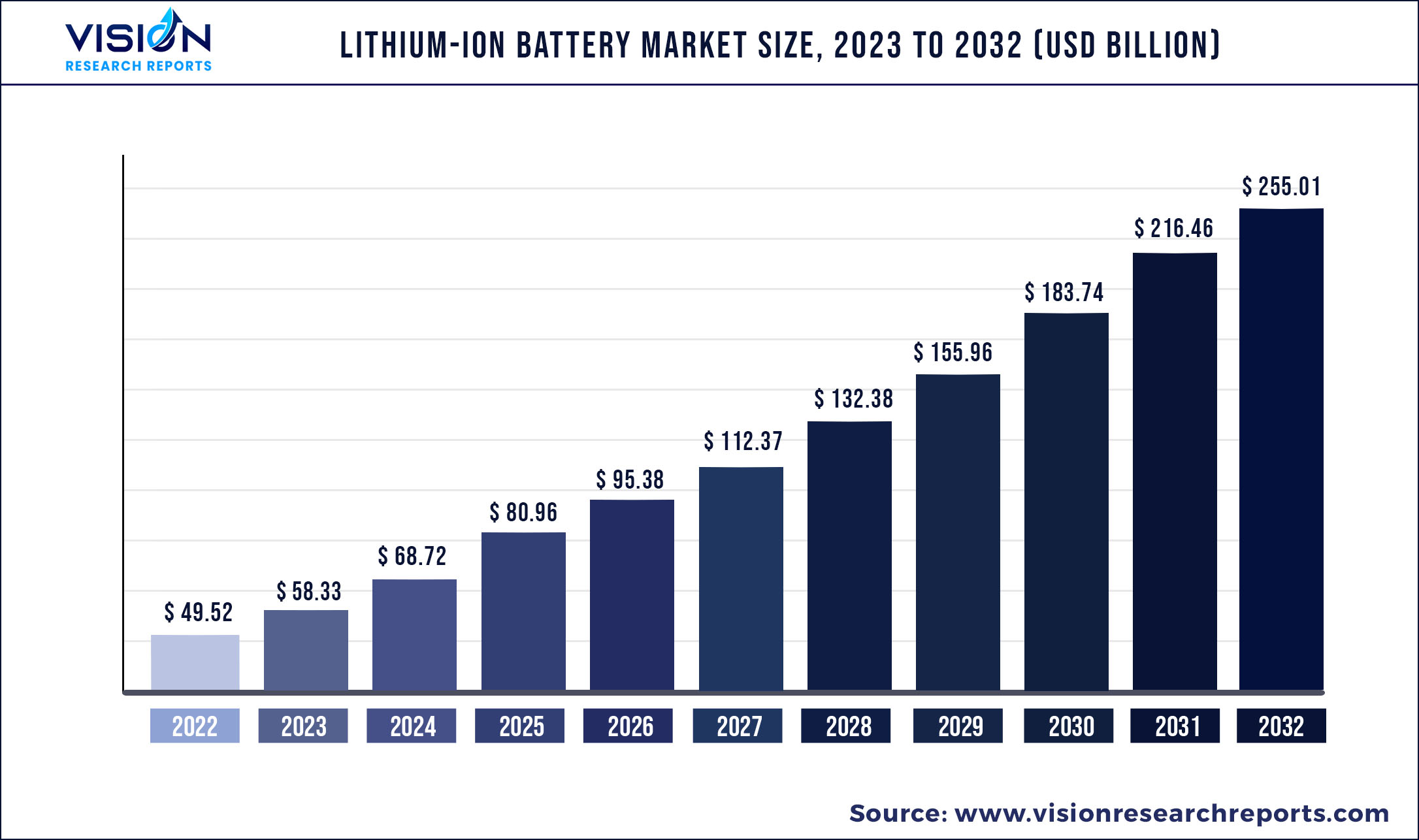 The automobile sector is expected to witness significant growth owing to the rising adoption of electric vehicles. The worldwide registration of electric vehicles is anticipated to increase significantly over the forecast period. The U.S. emerged as the largest market in North America with a revenue share of over 75.0% in 2021. Increasing sales of electric vehicles in the U.S. owing to supportive federal policies, coupled with the presence of market players in the country, are expected to drive the demand for lithium-ion batteries in the U.S. over the forecast period.

The federal policies include the American Recovery and Reinvestment Act of 2009, which offer tax credits to consumers for purchasing electric vehicles. The new Corporate Average Fuel Economy standards (CAFE) mandate the fuel economy of passenger cars and light commercial vehicles plying on roads in the U.S., resulting in the surged adoption of electric vehicles in the country. Increasing demand for lithium-ion batteries in smartphones owing to their extended shelf life and enhanced efficiency is expected to drive the market. In addition, increasing demand for electric vehicles owing to growing consumer awareness regarding reducing global carbon emissions is expected to fuel market growth.

In addition, the decline in demand for lead-acid batteries owing to EPA regulations on lead contamination and resulting environmental hazards, coupled with the regulations on lead-acid battery storage, disposal, and recycling, has led to an increase in the demand for lithium-ion batteries in automobiles.  Mexico has been the primary focus of the global automobile industry as companies worldwide are eyeing to invest in the country. It is the fourth-largest exporter in the automobile industry, after Germany, Japan, and South Korea. Growing automobile production in the country is anticipated to drive the demand for lithium-ion batteries.

COVID-19 has been a major restraint to the market growth owing to several factors including reducing operational costs by end-users, coupled with disruption in the availability of spare parts due to sluggish manufacturing activities and logistics issues. Battery providers have taken subsequent steps to ensure their services to end-users who have signed long-term contracts with them. Vendors are opting for digital tools and are following prescribed preventative measures including social distancing norms and the use of protective kits in case of on-site inspection and repair services required by end-users on a case-to-case basis.

The market is extremely competitive with key participants involved in R&D and constant product innovation. Several companies are engaged in new product development to improve their global market share. For instance, BYD and Panasonic hold a strong position on account of their increased manufacturing capacities and large distribution network. Some prominent players in the global lithium-ion battery market include: