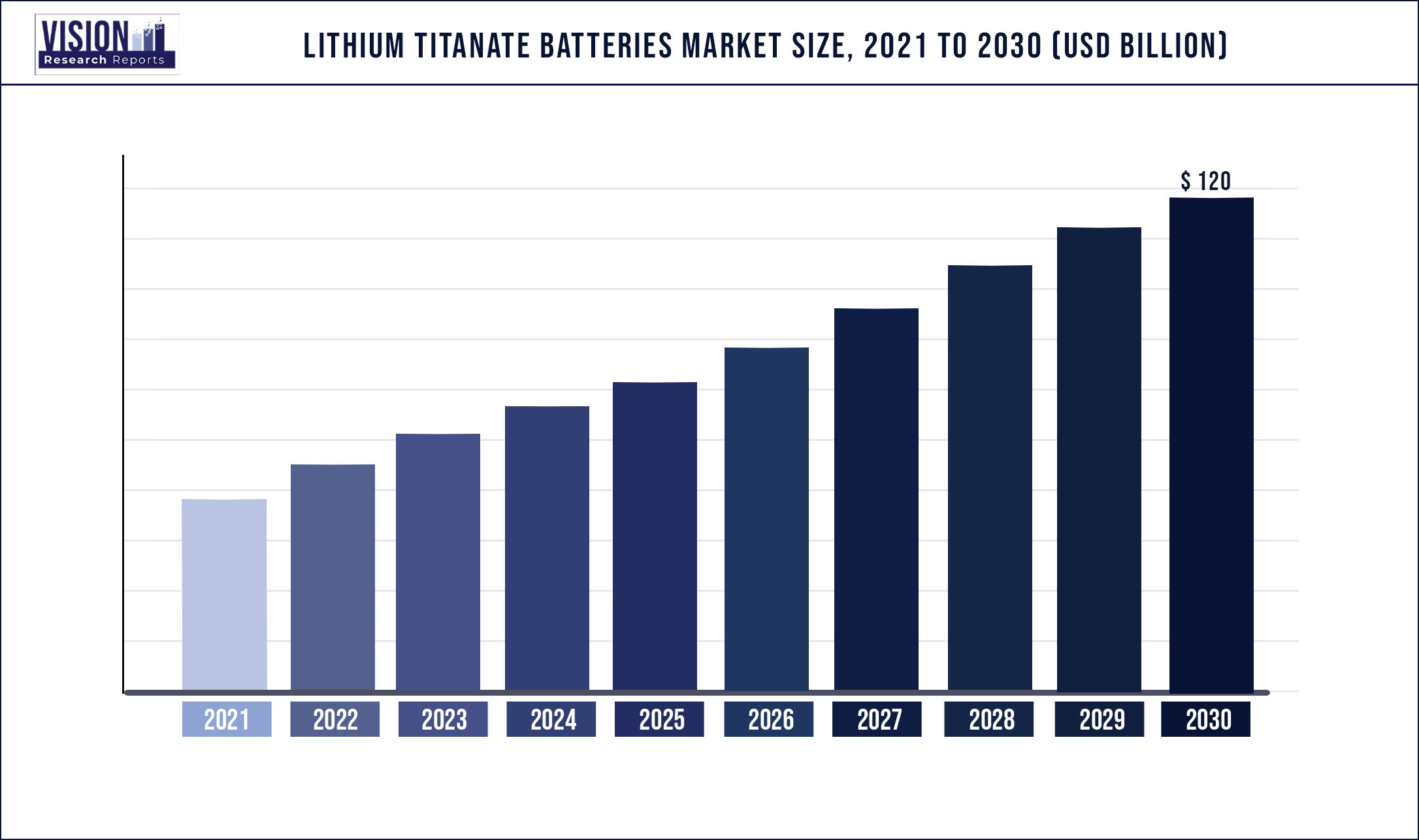 Lithium Titanate Batteries is a type of lithium-ion rechargeable battery that is based on nano-technology that allows it to operate at a wider temperature range of -30 to 55°C and an efficiency recharging rate of 98%. This type of battery also has a longer life cycle compared to other lithium batteries which has > 3000-7000 cycles. This is known for its high stability, efficiency security as well as its eco-friendly properties.

The growth of this market is mainly attributed to factors such as, high demand for lithium titanate batteries in consumer use, increasing demand in the automotive industry, the increasing surge to supply power to critical infrastructures especially in medical where said industry faces challenges from the spread of the COVID-19 virus, growing demand for electronic vehicles, increasing demand for battery-operated equipment in several industries because of automation, continuing developments with regard to smart devices, and increasing adoption of lithium-ion batteries especially in the renewable energy sector.

Aside from the growth factors, the market also faces challenges that may cause a hindrance to its growth. These restraints are, hazardous chemicals contained in the spent batteries such as acids and heavy metals, risk of combustion, unplanned discharge, and the regulated storage and transportation of batteries by national governments.

The challenge lies in the disruption in raw materials supply because it is negatively affecting manufacturers since travel, transport of raw materials, and non-essential trade have been put off in many countries. This in turn affected production, causing a fewer volume of product sales. Lithium Titanate Batteries suppliers have also experienced backlash because imports and exports in almost all countries have been restricted, if not limited. Availability of labor became a problem too since shutdowns of facilities and operations halted the production of raw materials for equipment used in making Lithium Titanate Batteries.

Controlling the widespread of the virus is a great challenge to almost all of the countries because many sectors will have to compromise and deal with the negative impact on their sales. Many industries will have to adapt and adopt to the changes that will be imposed upon them by their governments. A massive setback on the growth of the market is the disruption of the supply chain since manufacturing and distribution by key players or companies are being limited, if not, controlled by governments by imposing lock downs and halting travels across borders. Ultimately, the pandemic caused limitations when it comes to man power and rendering of labor services because social distancing is mandatory and viral transmission should be prevented. Man power is an essential factor in the propelling of the market’s growth because manufacturing facilities, and conducting the actual trials and tests for Lithium Titanate Batteriess cannot function when there’s limited people resources.

Factory shutdowns are also one of the main reasons for restraint in the growth of the market because the stoppage of production and manufacturing caused turmoil in terms of return of investments made by key players. The effect of the virus outbreak has caused a slow down in the investments made in the market.

The market is segmented based on product type, industry and region. In terms of product type, it is divided into 1.5V, 1.5-1.9V, 1.9-2.4V, and >2.4V; in terms of industry, it is further segmented into Consumer Use, Automotive, and Others. The consumer use segment under the industry segmentation, holds the largest share in the market in 2020 due to the increasing applications of lithium titanate batteries in several industries such as medical, industrial, automotive, and electronics.

In terms of regional segmentation, North America is projected to have the largest share in the market in 2021 due to the increasing adoption of technological advancements in the lithium-ion batteries as well as the emergence of major key players in the said region. The Asia Pacific region is expected to grow at the highest CAGR during the forecast period of 2022-2030.