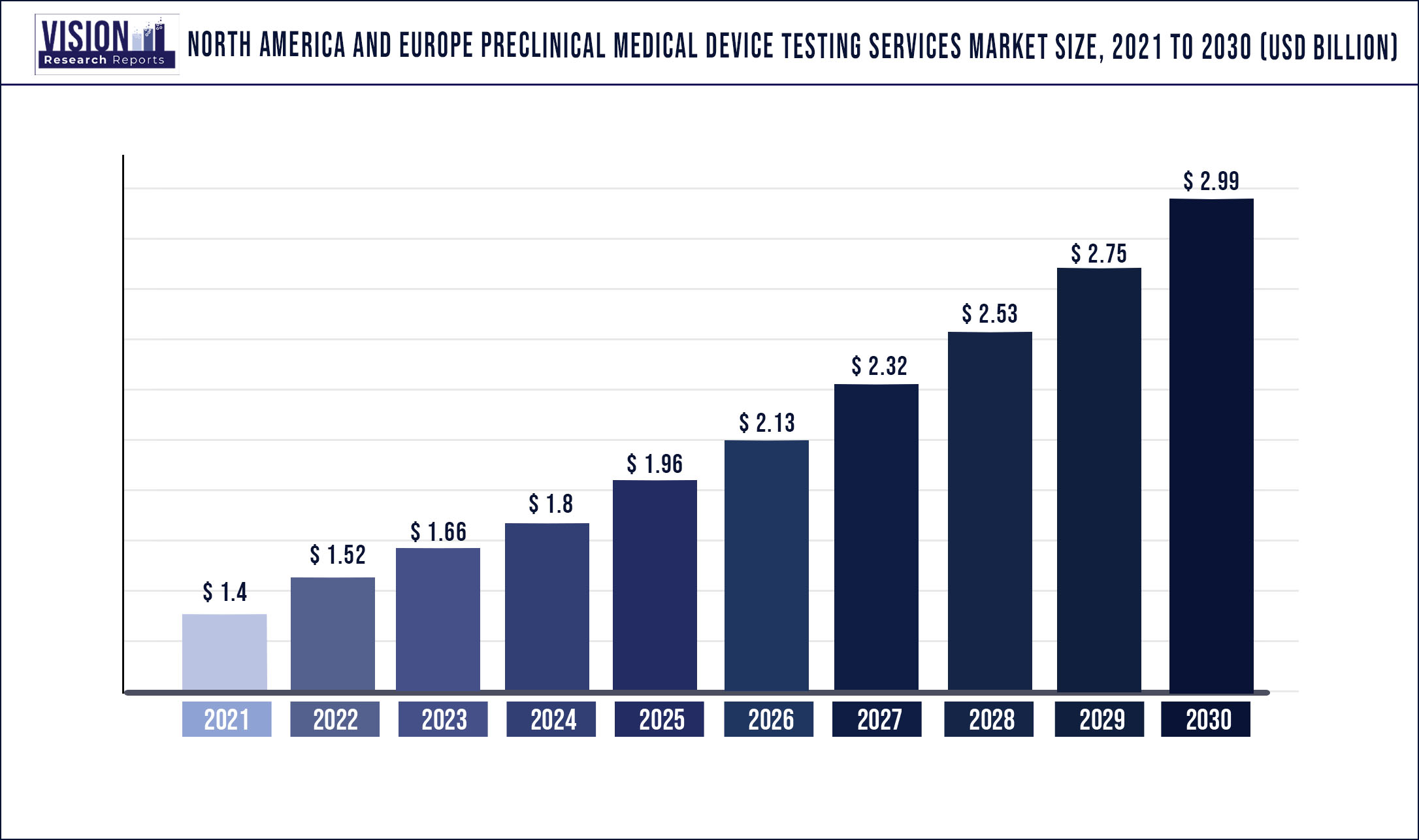 The increase in the number of small medical devices lacking in-house testing capabilities and complexity in product design are the major factors driving the growth of the market.

There has been an increase in the number of players operating in the market over the last decade. Due to this large number, it has witnessed fierce competition. To sustain the market, a mix of defensive and offensive marketing strategies is used. For instance, extensive R&D, competitive pricing, new product launches, collaborative development, regional expansion, and mergers and acquisitions.

The COVID-19 pandemic has created a huge demand for these services. The rise was not significant in the first half, but it became more significant in the second as the industry adapted to operating during the pandemic. There has been an increase in the production and testing of personal protective equipment, and several projects that were put on hold because of COVID have resumed personal protective equipment. The epidemic has increased demand for a wide range of medical gadgets, diverting attention from those needed for surgery. COVID-19 vaccinations, ventilators, and pulse oximeters are the main goods seeing an increase in demand.

The Microbiology & sterility testing segment accounted for the maximum revenue share of 34.4% in 2021. It is one of the major tests included in pre-clinical medical device testing. Manufacturing safe and effective goods is a top priority for medical device manufacturers, and sterility assurance is a crucial step in accomplishing this aim. By using radiation techniques like e-beam or gamma rays, many single-use medical devices are terminally sterilized. Additionally, confirmation of the sterilization procedure is required by the FDA and other regulatory agencies, which typically call for sterility testing.

The chemistry test segment is anticipated to exhibit the fastest CAGR of 8.96% during the forecast period. Medical devices are also subjected to chemistry tests, along with pharmaceutical formulations. Testing is performed to check if medical devices contain any solutes or chemicals that may leach into the surrounding environment when used with the intended liquid. These tests help investigate the safety parameters of medical devices. Hence, the FDA is also facilitating additional data analysis, such as polymer and colorant examinations, to provide a more holistic view of the safety of these tests. This is expected to positively impact the segment growth during the forecast period.

In Europe, the preclinical medical device testing service is expected to witness a CAGR of 8.7% during the forecast period. This is due to the rising demand for cost-cutting and increasing complexity in product design, which has a high impact on the rendering drivers for the medical device analytical testing outsourcing market in European nations. A steady increase in the outsourcing of services for contract manufacturers and component suppliers has been observed in the last two decades. However, notified bodies such as the European Medical Device Regulation (EMDR) are also involved in the scrutiny of outsourced medical devices.