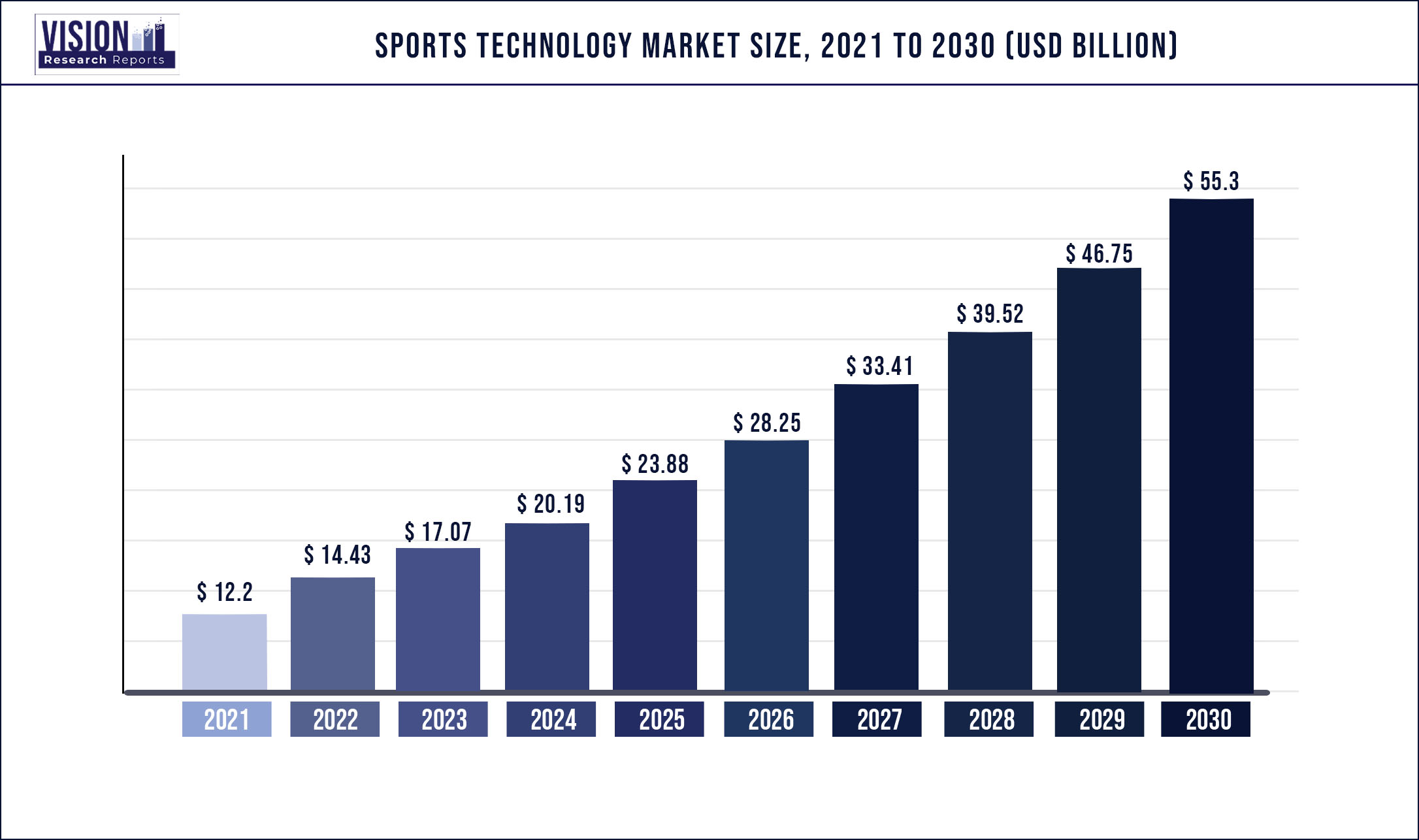 In recent years, professional sports organizations have been using new technologies like smart stadiums, sports data analytics, wearable gadgets, and digital signage to engage spectators, improve team performance, and create smart infrastructures. The increase in the number of sporting events worldwide has made smart stadiums one of the most important global trends.

Sports have become a significant source of entertainment in the past few years, and the need for engaging an audience has subsequently increased. As a result, sports technology companies have seized the opportunity to cater to the market by thoroughly understanding the various components related to sports by monitoring athletes and events. Stadium technologies have been implemented to manage the crowd and provide a leading-edge experience to the fans. For instance, Nokia Corporation and Singtel Optus Pty Limited have collaborated to give extensive coverage to indoor zones such as VIP areas or corporate boxes using the 5G AirScale indoor Radio solution (ASiR).

Advanced technologies are being tried and tested to improve sports performance. Key players are developing products around brain stimulation to activate and inhibit the brain with electric energy. For instance, Halo Sports 2, introduced in 2019 by Halo Neuroscience, is a brain stimulator used to advance muscle memory and create new circuits, increasing athlete’s performance.

The onset of the COVID-19 pandemic had a significant impact on the sports industry as competitions and matches were either postponed or canceled. However, the sports technology market maintained steady growth during the pandemic. While athletes competed in empty arenas, technology provided fans with a better viewing experience. Sports and leagues employed various techniques to increase fan engagement. Fans' viewing experience and engagement improved due to increased social media updates, live updates, new camera angles, and the use of VR headsets.

Esports account for around 13.06% of the total revenue share in 2021. Although the segment currently contributes significantly less than the devices and smart stadium segment, it is expected to proliferate at the highest CAGR over the forecast period. Esports games like PUBG: Battlegrounds, Fortnite, and League of Legends have witnessed a growing demand in the past few years. Recently, Twitch, a streaming platform mainly focuses on live streaming of esport events and video games, witnessed fans spend 24 million hours watching streamers in 2021, a 45% increase in viewership compared to 2020.

The analytics and statistics segment is anticipated to record the second-highest CAGR during the forecast period. In a sports environment, digital analytics has various on-field uses, including managing group individuals and performance, which is expected to grow due to the need to detect game patterns and athlete performance.

Soccer held the largest revenue share as of 2021 and is forecasted to witness significant growth of more than 21.1% CAGR in the forthcoming years. The soccer game has gained popularity in countries like the U.S., Russia, and Mexico. For instance, in December 2021, the ESPN network witnessed an average of 1.14 million viewers in the Portland Timbers vs. New York City FC match, a 38% rise compared to views in 2019.

Cricket is expected to showcase a significant CAGR of around 20% during the forecast period. Cricket is extremely popular in South Asian countries like India, Pakistan, and Bangladesh. Significant cricket events are organized around the globe each year, like the Indian Premier League, ICC Men's T20 World Cup, England and Wales Cricket Board, and many more. These events attract a considerable number of spectators and generate high revenues and are some of the factors that may contribute to the segment's growth.

In 2021, Europe accounted for approximately 30.5% of revenue and is expected to maintain its dominance over the forecast period. The primary factor contributing to the market's development is the presence of numerous sports leagues such as the Premier League, English Football League, and LaLiga. Popular sports influencing the European region are football, tennis, and rugby.

Middle East and Africa is expected to acknowledge the second-fastest growth, recording a CAGR of more than 20.2% over the forecast period. For instance, Dubai is expected to host various sports events like the Al Gaffal long-distance race and Emirates T20 League in 2022, which could promote the growth of the industry in the region.